The annual Macedonian E-commerce Conference is bringing the key stakeholders in one place to connect, meet and share knowledge and experience.

U.S. Ambassador to the Republic of North Macedonia

U.S. Ambassador to the Republic of North Macedonia 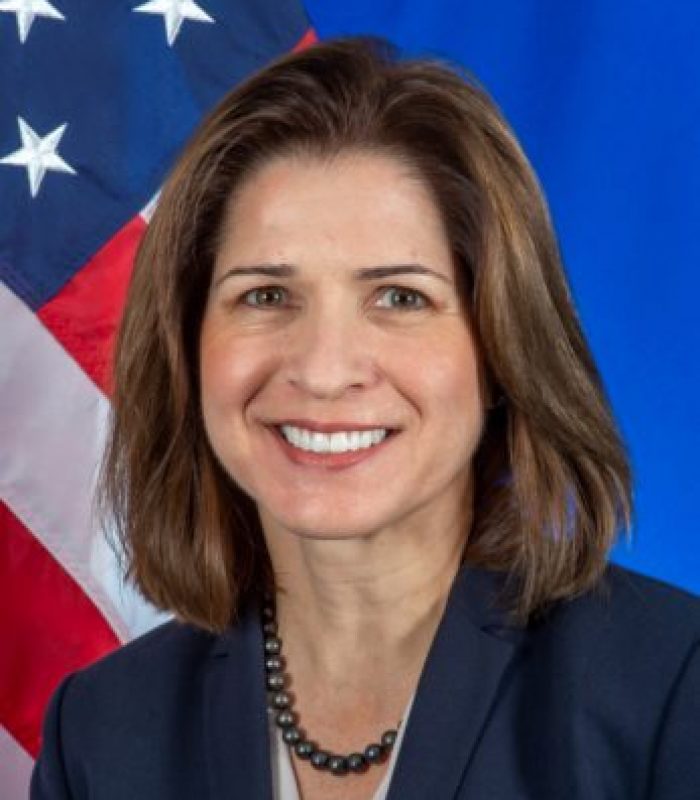 A 27-year veteran of the U.S. diplomatic corps and a member of the Senior Foreign Service with the rank of Minister-Counselor, Ms. Byrnes is the Ambassador to North Macedonia.  She served as Deputy Chief of Mission to U.S. Embassy Athens September 2017 – May 2019.  Her previous assignment was Chargé d’Affaires, a.i. at the U.S. Mission to the Organization for Security and Cooperation in Europe (OSCE) in Vienna, Austria, where she had also served as the Deputy Chief of Mission since September 2014.

Previously, Ms. Byrnes held positions at the Department of State Bureau of European and Eurasian Affairs; the office of the Under Secretary of State for Public Affairs and Public Diplomacy; and the Senate Foreign Relations Committee.  She served as Public Affairs Advisor at the U.S. Mission to NATO in Brussels, Belgium, from 2007-2010.  From 2010-2011, she was a Senior Civilian Representative supervising governance and development in eastern Afghanistan as part of the International Security Assistance Force.  She has also represented U.S. interests overseas in Spain, Bolivia, Hungary and Turkey.

A resident of Sarasota, Florida, Ms. Byrnes holds a Bachelor of Science (Foreign Service) in International Relations and a master’s degree in Policy Management, both from Georgetown University.  She is married to CAPT Larry Scott Gage, USN (Ret). 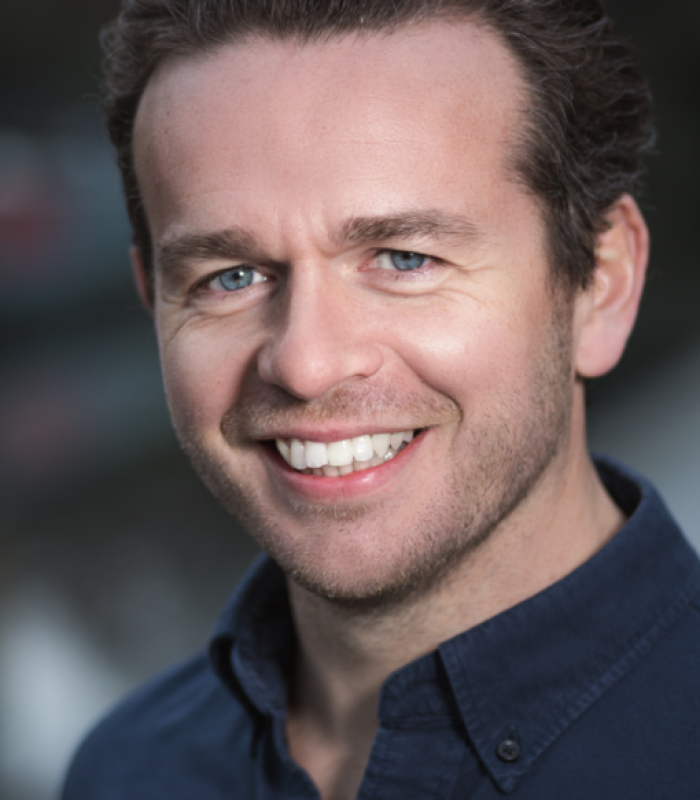 “Surviving or Thriving? How to Growth Hack Your Success in the New Normal“

Howard Kingston is an Entrepreneur and Growth Hacker. He’s been there and done it, as a founder & marketer. He’s one of the few ‘Growth Hackers’ that has actually done it. Launching & growing a startup from zero to 15 million users. Two of the last three businesses he’s helped launch have been acquired. The third has offices worldwide, raised millions in VC investment & are well on their way. He has helped global brands including Facebook, Snapchat and Google…and today he’s excited to help you. 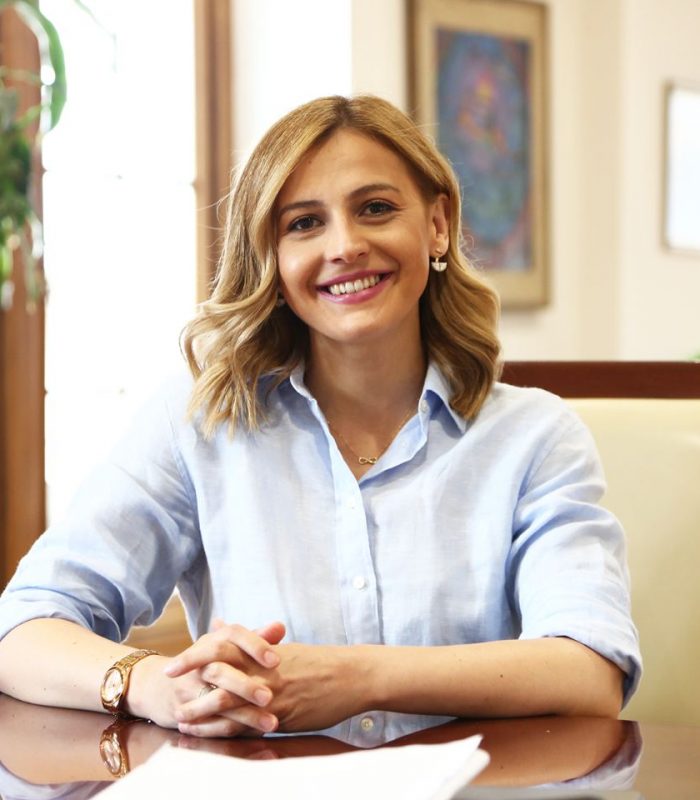 After being an entrepreneur for almost 10 years, in August 2019 Nina’s career path took a sharp turn when she joined the Government of the Republic of North Macedonia as Minister of Finance. She co-founded Grouper.mk, the leading e-commerce platform, also known as the game-changer of e-commerce in the country in 2011. With her team, they contributed to increasing online sales in Macedonia by more than 350% and educated thousands of customers and businesses on how to shop and sell online. She completed her Doctorate Degree in 2016 aiming to turn practice into science.

She has spoken to 300+ conferences and events striving to infuse passion and awake the potential of many young people. Her passion for change and e-commerce led her to co-found the first Macedonian Ecommerce Association in 2017. Her hard work and impact have been widely recognized. In 2018 she was named “Forbes 30 Under 30” in Retail and Ecommerce in Europe and in September 2019 at the UN General Assembly, she was recognized by UNCTAD as one of seven global eTrade for Women Advocates. She was heading the public finances of N.Macedonia and led the implementation of many economic and fiscal measures during the biggest crisis in history caused by COVID-19 until September 2020. Among the key priorities during her mandate as Finance Minister, she has put digitalization and technologies in the focus as a key to solving many problems and putting the progress and reforms of the country in “fifth gear”. 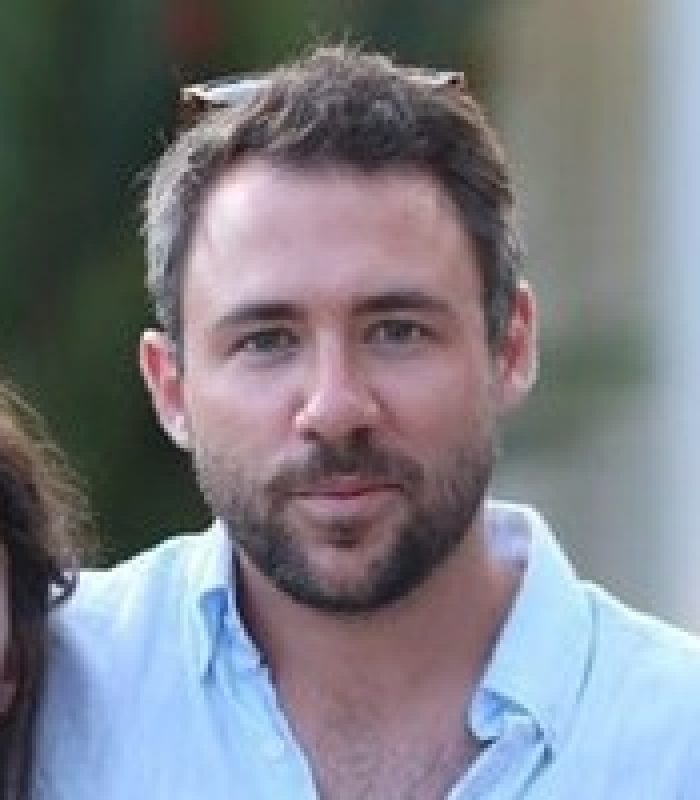 THE POWER OF PEOPLE CENTRIC WORKPLACE 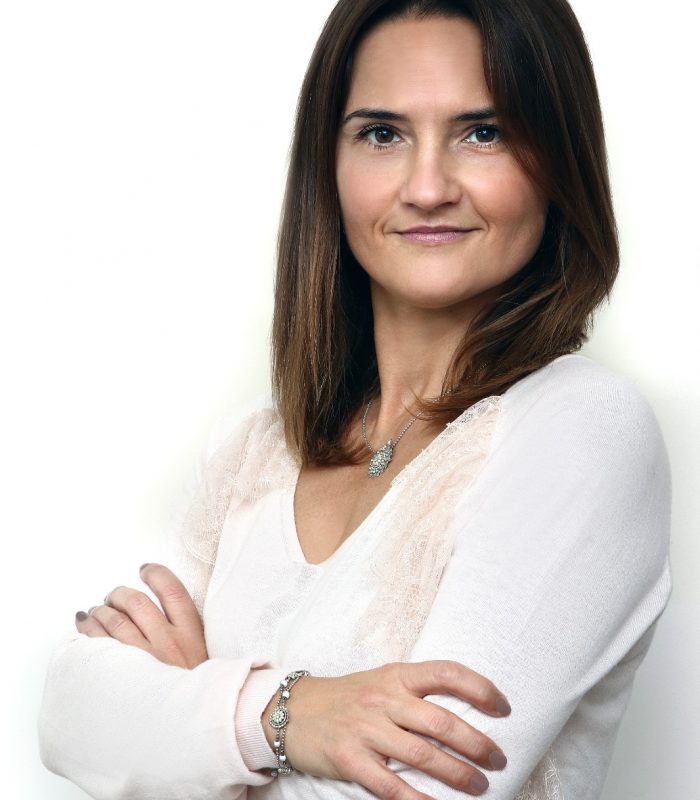 2020 the great shift: How the consumer payment behavior is changing

Barbara Sessa is the Head of Digital Consumer Products for Europe at Mastercard. In that role she has the responsibility to develop and execute the consumer product strategy for the Region. Barbara has over 15 years of experience in payment industry. She has strong knowledge in Digital, Service design, product development and go to market approach.

Barbara has strong track record on leadership role and she is passionate about people.

She is also an advocate of diversity and inclusiveness, which is why she also leads Mastercard’s gender balance agenda in France, and often speaks about this topic within the industry. 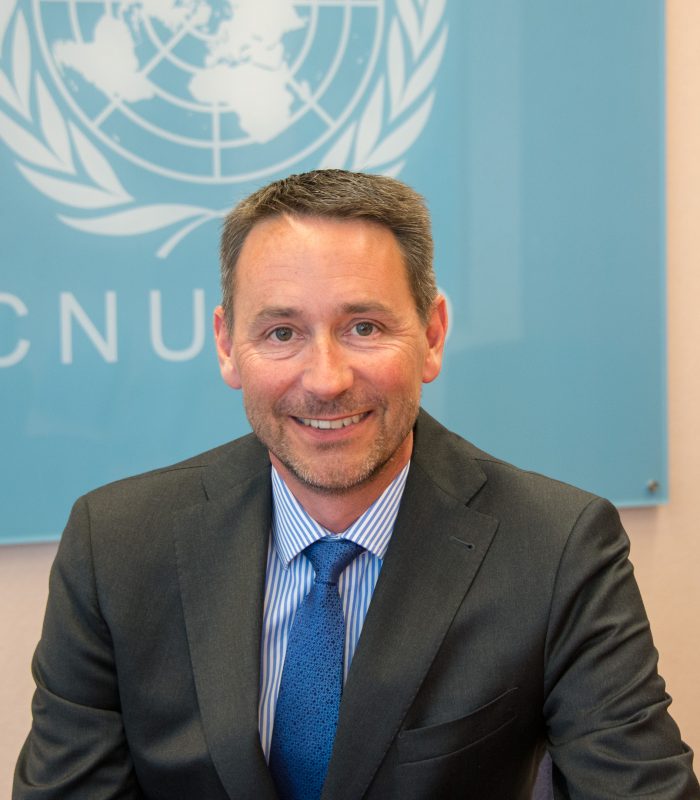 “eTrade For Women: Get empowered and inspired”

Mr. Torbjörn Fredriksson is the Chief of the ICT Policy Section at the UN Conference on Trade and Development (UNCTAD). He is responsible for UNCTAD’s work on ICT, e-commerce and the digital economy. He joined the UN in 2000. Before joining UNCTAD, he held positions at the Invest in Sweden Agency and the Swedish Ministry of Industry and Commerce. He has an MSc in International Economics from the Stockholm School of Economics. 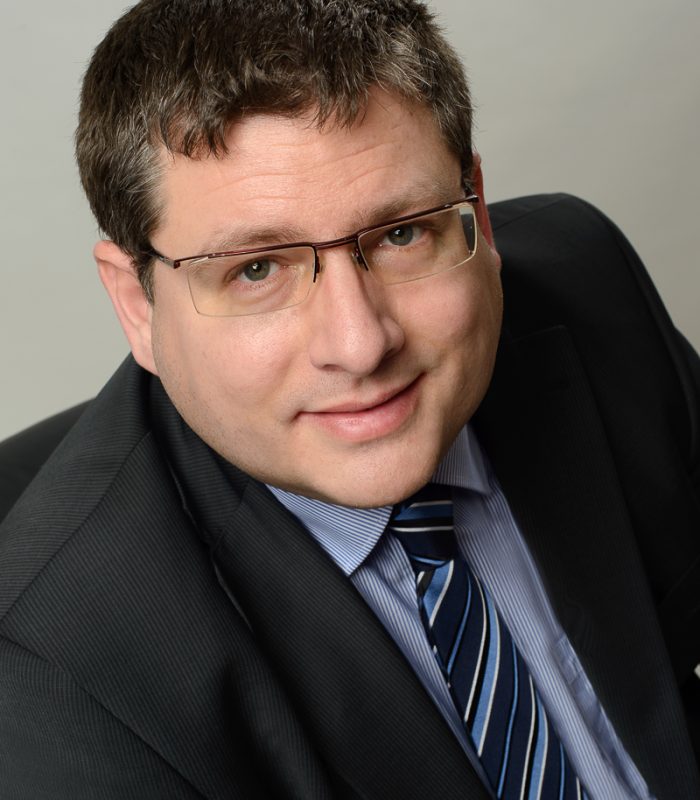 The impact of COVID-19 on Ecommerce. What to do next?

Jorij Abraham has been part of the international eCommerce community since 1997. He has been manager e-commerce at Bijenkorf (an upmarket department store chain), TUI (Europe’s largest travel organization), online publisher at Sanoma Media (the largest media company in the Benelux) and Director of Consulting as Unic (an Europe wide e-commerce strategy & implementation firm). In parallel to these activities he (fellow) founded two companies, eVentures Europe and vZine.

From 2013 – 2017 he has been Director of Research & Advise at Thuiswinkel.org (the Dutch Ecommerce Association) and Ecommerce Europe (the European Ecommerce Association with 25.000+ members in 20 countries). He now is Managing Director of the Ecommerce Foundation, whose mission is to foster global digital trade and Scamadviser.com, the global blacklist for malicious websites. He is also e-commerce professor at the University of Applies Sciences, TIO. 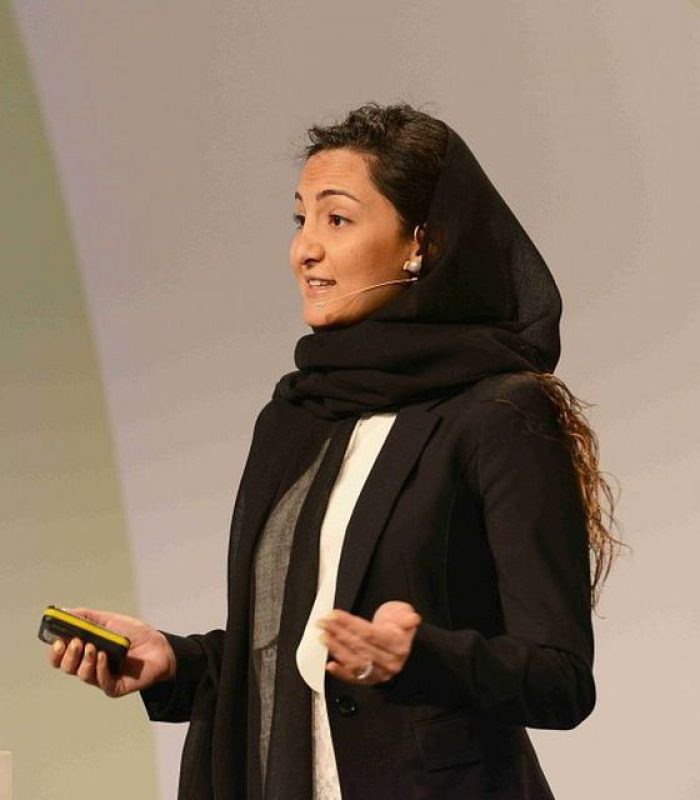 "eTrade For Women: Get empowered and inspired"

Nazanin Daneshvar is the most highly acclaimed female Iranian Internet entrepreneur known to date. She is the founder and CEO of Takhfifan, Iran’s first and leading group-buying website. In addition, she is the founder of Tarinan, a popular local reviews website and mobile phone application. Apart from her professional role, she is an active supporter of the Iranian start-up movement, where she strongly encourages leadership among women. She has been a speaker at numerous conferences, acted as mentor at many prominent start-up and technology events, and has been featured in the international media. She was covered by magazines like The Financial Times, Forbes, Washington Post, Der Spiegel, and The Guardian among others. Prior to Takhfifan, she has worked at numerous e-commerce companies and startups as a software developer in Iran, the UK and Germany. 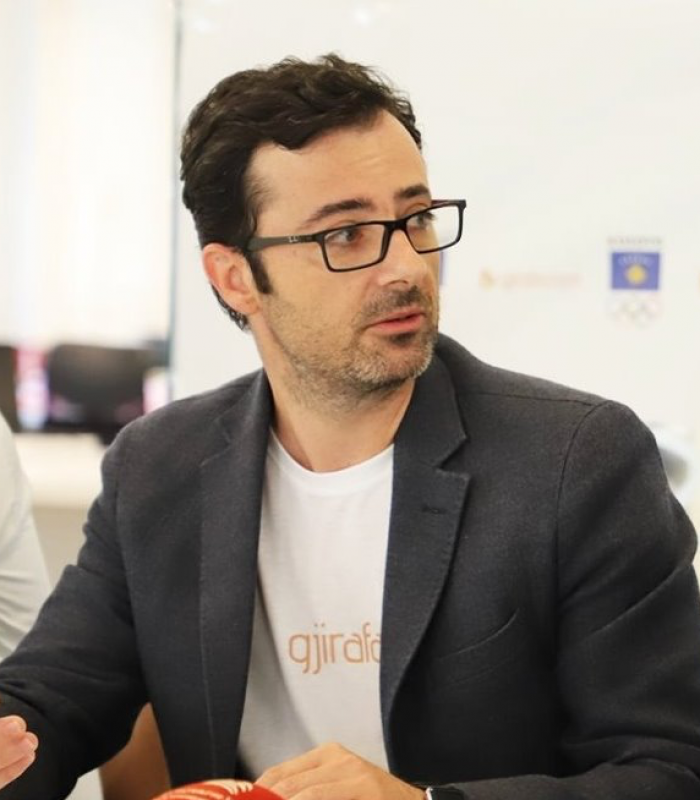 "Unlocking the potential of Ecommerce in COVID in the WB6"

Mergim Cahani is the Founder and CEO of Gjirafa Inc – a video content, programmatic advertising, e-commerce platform with a primary focus in Kosovo and Albania, with the goal to expand throughout the Balkan’s region. Gjirafa is one of the fastest-growing tech startups in Europe, with triple CAGR, and has raised around $10 million from reputable international investors. Previously, in New York, Mergim was part of Broadridge Financial Solutions (NYSE:BR), an Adjunct Assistant Professor with the Department of Computer Science at St. John’s University, an executive management consulting program at Morgan Stanley (NYSE:MS), the President of the Board of Governors at the American Chamber of Commerce in Kosovo, board member of ATOM Institute and GAP Institute, an advisory board member of several startups, accelerators and funds, and has over 15 years of industry experience with startups, technology, management, investment experience, and a few failed startups. His education includes a BS and MS degree in Computer Science, an MBA in Management from St. John’s University and New York University. 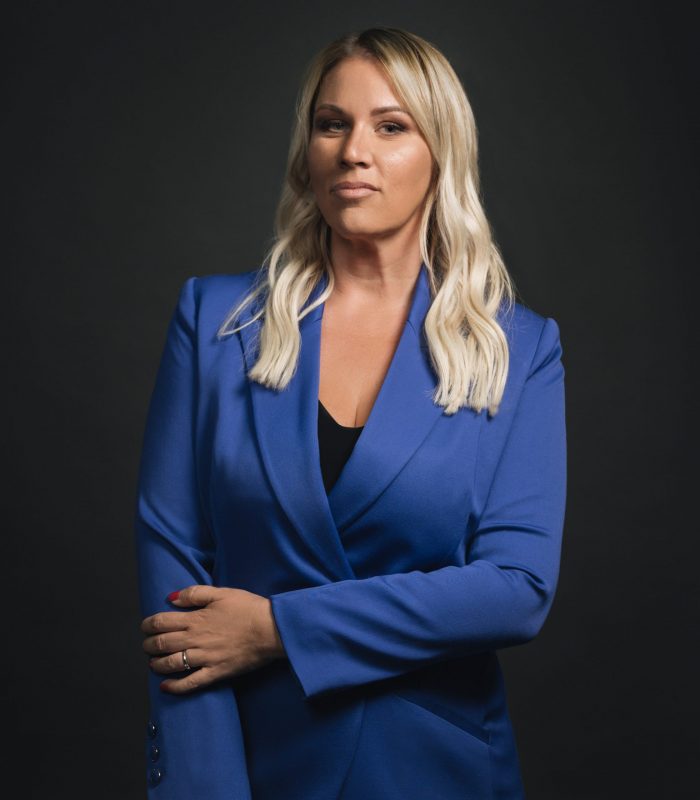 "Unlocking the potential of Ecommerce in COVID in the WB6"

Zorana Milidrag is an experienced eCommerce Director & team leader with a demonstrated history of working in the internet industry. For the past six years, Zorana has predominantly focused on the digital ecosystem and omnichannel. Previous to this, she spent eight years working in retail marketing. As Global eCommerce Director in company Sport Vision, Zorana is in charge of 30 webshops in 9 countries and a team of more than 150 employees. Zorana is the President of eCommerce Association of Serbia and founder of eCommerce Academy. 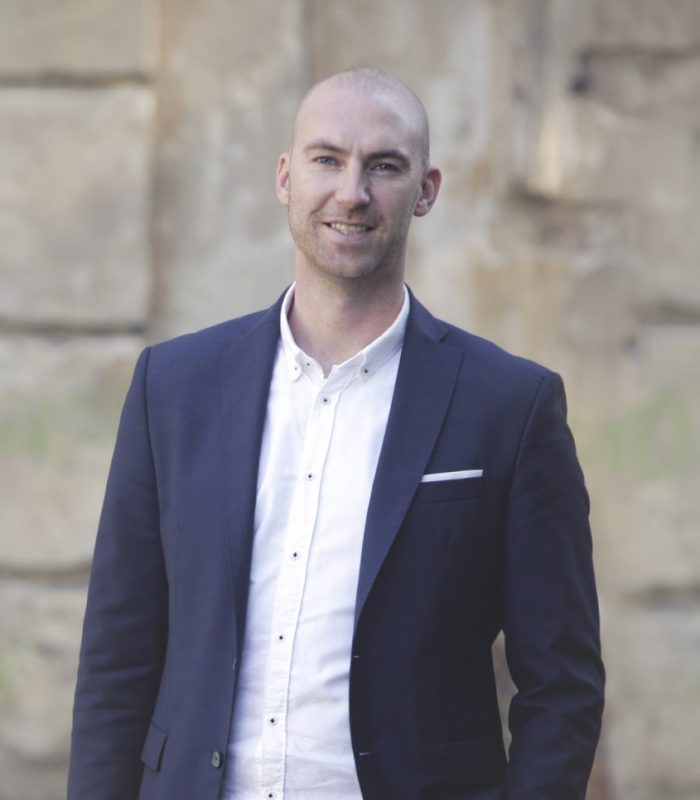 Patrick Collins is the Head of Growth at Startup Wise Guys, Europes largest accelerator program and the founder of Prospect Labs, LinkedIn automation tool. With a background of working with online and e-commerce businesses for over 10 years, Patrick can show you how to scale your business through automation whilst keeping all communication hyper personalized 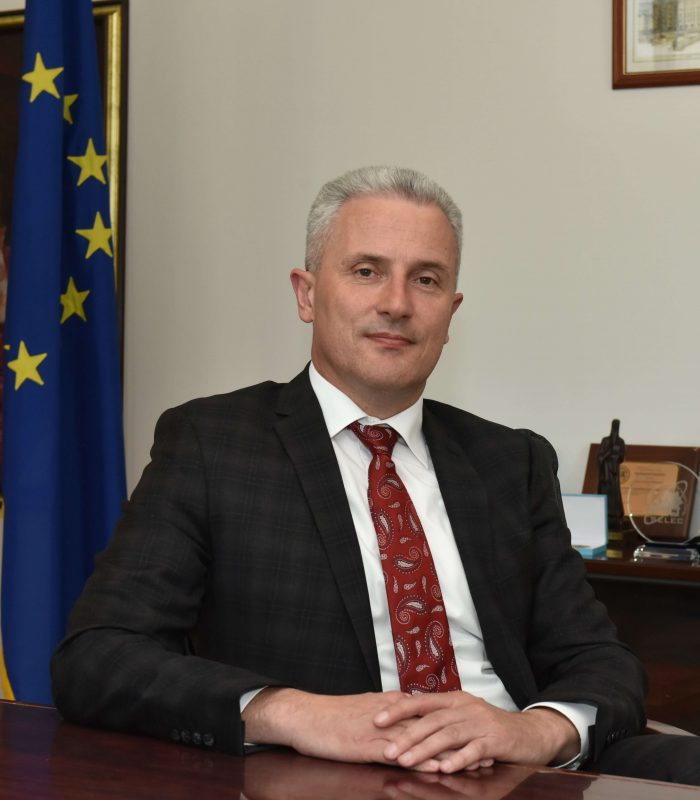 He has extensive working experience of over 20 years in international companies specialized in industrial purchasing, on top-level management positions (Fulda DOOEL, CIMOS DOOEL, LTH Castings DOOEL). Also, he has experience in the field of international Insurance companies (EUROLINK Insurance AD Skopje and Croatia Insurance AD Skopje). As a director general, his vision is to make Customs Administrations of the Republic of North Macedonia the most advanced Customs Administration in the region which strongly supports the legal economy, fully in line with Europian Union standards.

E-COMMERCE DURING COVID-19 PANDEMIC
09:50 - 10:30 [click to watch] The impact of COVID-19 on Ecommerce. What to do next?
- Prof. Jorij Abraham, Managing Director @ Ecommerce Foundation / Scamadviser.com

12:35 - 13:05 [click to watch] DIGITAL STRATEGY IN TIMES OF A CRISIS: How to adapt your digital strategy during a pandemic?
- Nikola Spasov - Director & Owner @ Rating Agency
13:05 - 13:20 [click to watch] Fireside chat: “Launching an e-shop in a pandemic - how did we turn a challenge into an opportunity”
- Jana Durneva - RRP Customer care and Digital Manager @ Philip Morris International

Subscribe to our newsletter and be the first to get all the updates regarding the eCommerce Conference 2019! We will be sending you info about new confirmed speakers, ticket availability, special discounts and sponsor news. 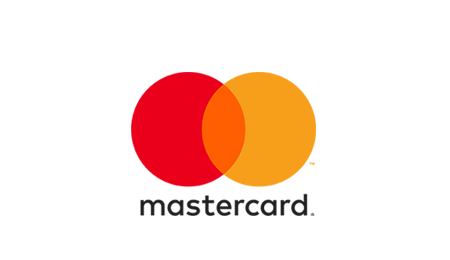 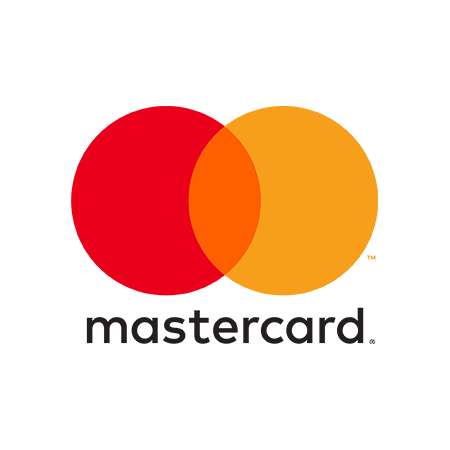